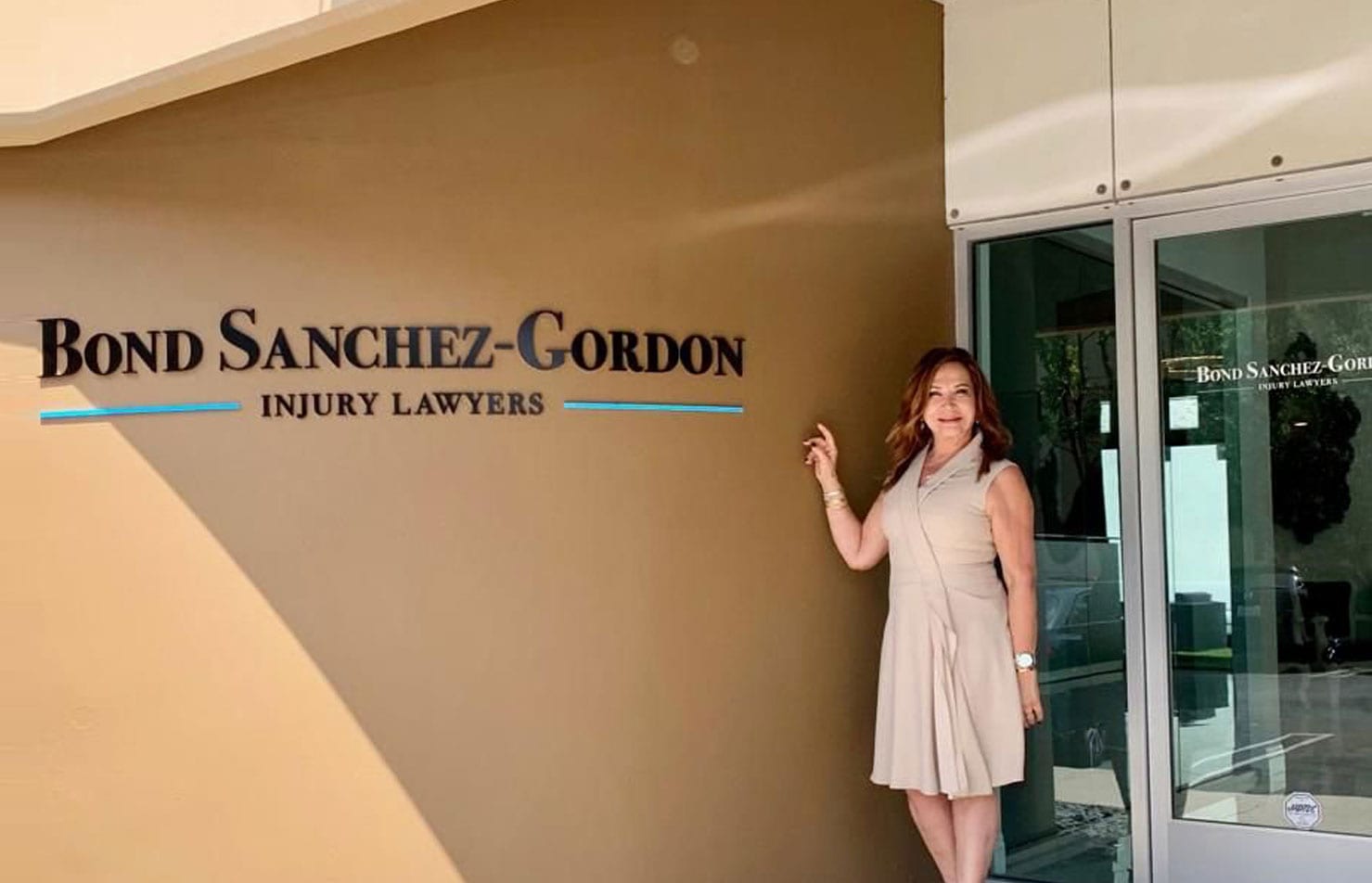 Bond Sanchez-Gordon announces Judge Teresa Sánchez-Gordon as a new Partner in the firm. She brings a wealth of experience and her legacy as an advocate for California’s minority communities, to a firm that shares her mission for service.

During her 20 years serving as a Judge for the Los Angeles Superior Court, Judge Sánchez-Gordon saw a variety of cases covering class actions, insurance, business law, employment law, and both legal and medical liability. Equipped with this breadth of experience, she will maximize the firm’s effectiveness and support offered to their injured clients.

“We are honored to have Judge Sánchez-Gordon join our firm. She is one of the most highly respected Judges in California and has shown incredible compassion for the communities she has served.” says Bond Sanchez-Gordon’s Founding Partner, Candice Bond.

Judge Sánchez-Gordon was born in Mexico and raised in East Los Angeles as the eldest of eleven children. She began her professional career as an elementary school teacher in the Los Angeles Unified School District. After teaching for 9 years, she was inspired to attend law school by her husband, attorney Walter L Gordon, III, and his father, who were both pioneers among African American lawyers. She attended night school and obtained a law degree while continuing to teach.

Her legal career began in 1988 as a director of the Los Angeles County Federation of Labor’s Immigrant Assistance Project, where she helped immigrant workers gain legal status under the Immigration Reform and Control Act. She moved on to serve as a deputy public defender until her election to the East Los Angeles Court. Just 4 years later, she was elected as the first Mexican-American woman Judge of the Los Angeles Superior Court, where she served for 20 years.

Candice Bond adds, “I have a profound respect for what Judge Sánchez has achieved in her career. Her many accomplishments are evidence of her strong character and her dedication to service is aligned with what we at Bond Sanchez-Gordon represent.”

Off the bench, Judge Sánchez-Gordon continues to build relationships between California judges and their Mexican counterparts. She is a Chairperson of the Board of Directors for the Mexican American Opportunity Foundation and regularly lectures at school forums on community issues. She currently lives with her husband in Silver Lake, California and is a proud parent and grandmother.

Judge Sánchez adds, “I’m very honored to begin this new chapter of my life with the prestigious law firm of Bond Sanchez-Gordon and to continue my service as an advocate to the communities I hold so dear to me.”